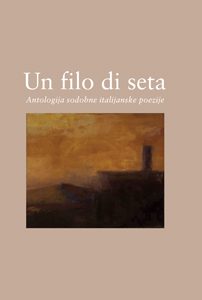 This anthology is published with the support of the Slovenian Book Agency, the Istituto Italiano di Cultura in Slovenia–The Institute for Italian Culture in Slovenia (as part of the “Vivera ALL’Italiana” initiative of the Italian Ministry of Foreign Affairs and International Cooperation), and the European Commission.

After a decades-long void… a bridge to poets of a younger generation
Ciril Zlobec was an ambassador of Italian literature – mainly of Italian poetry – in Slovenia as well as of Slovenian literature in Italy. His 2011 work Vse daljave niso daleč (Not all distances are far away) highlights his many years of translating, and also his establishing and cultivating contacts with Italian poets, translators and critics. In 1968, the anthology Sodobna italijanska lirika (Contemporary Italian poetry) was published at the Državna založba Slovenije publishing house; this systematic collection was put together by Ciril Zlobec and the Italian critic, poet and writer Giacinto Spagnoletti. It contains a selection of works by 40 poets, while the final section includes poets from the Italian minority in Yugoslavia. This publication was followed by a gap, and for a long time thereafter only sporadic translations, poetry collections by individual authors, and occasional translations in journals, on the radio, on in online publications were published. Why was this? Was it because of the dispersed individuality of Slovenian poetic voices, because of the absence of a personality of such eminence as Ciril Zlobec? There was also a gap in Italy, as Slovenian literary production was passed over for the most part in silence. Were the causes ideological? Political? In part, yes. After the independence of Slovenia, the fog began to clear. The anthology Svilena nit (The silk thread) provided a wide-ranging overview of representative Italian poetry, and, being the first continuation of the Zlobec-Spagnoletti anthology, it forms a bridge to young authors born between 1940 and 1970, and an incentive for editors, translators and readers. The selection of poets and poems is the work of the renowned Italian poet and scholar Franco Buffoni, who among other things is the editor of the contemporary poetry journal Quaderni italiani di poesia contemporanea. Buffoni’s methodology in preparing the Vilenica anthology of the poetry of our Western neighbours meant not compromising when it comes to quality. Claudio Magris, recipient of the 2009 Vilenica Prize, emphasized that a translated book is a co-creation of the author and the translator; the present anthology was translated by respectable, experienced creators – four of whom are themselves poets – while all are avid followers of Italian poetic voices. 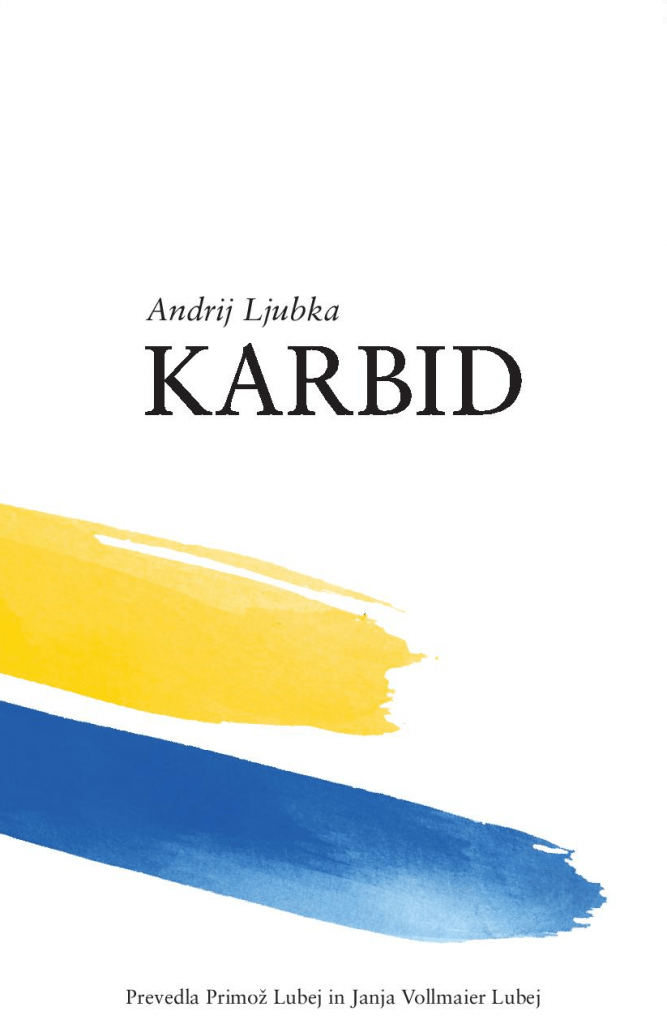 This book was published with the support of the Slovenian Book Agency.

Carbide, or a novel about Stereotypes, Borders and Smuggling
Carbide is a satirical novel that is imbued with humour and irony. It reflects Ukrainian reality and the recurring flow of history that has seen new, modified, and depraved acts of individuals and the collective. Once again, the individual is not responsible for his actions; rather he is lost in the crowd. Carbide thematises various points of departure, such as the visa-dependent travelling of Ukrainians (only few of whom have the money to overcome this obstacle), the ignorance of Europe when it comes to Ukraine, the social elite and the poorer classes of the population, problems related to health care, the mass longing to flee to Europe, the longing for a better tomorrow, the sacrificing of one’s own health in hope of a brighter future. With this novel Ljubka wishes to eradicate stereotypes about Eastern Europe being a barbaric, uncivilized, violent part of the world. His conviction is that such a negative perception was established by Voltaire’s Enlightenment-era Candide, while today he blames Brussels bureaucrats for rejecting Ukraine in the EU.

Andrij Ljubka (1987) ranks among the top young Ukrainian poets and writers and he is one of the most internationally recognized Ukrainian authors. He writes poetry (Eight Months of Schizophrenia, 2007; Terrorism, 2008; Forty Bucks Plus Tip, 2012), prose fiction (the 2012 collection Killer, the 2015 novel Carbide, and the 2018 novel Your glance, Cio-Cio-San), and he has written three essay collections (Sleeping with women, 2014, A Room for Sorrow, 2016; Saudade, 2017). He has received a number of literary prizes and fellowships for his works, including the illustrious CEI Award for Writers in Residence in 2017, in the framework of which the Slovene translation of Carbide was published. This novel is the author’s most resounding work. Andrij Ljubka translates from several languages, he is the artistic director of two international literary festivals in Ukraine, and he is also a publicist. He lives in Uzhhorod, the main city in Zakarpattia Oblast, and he is striving to see Ukraine become closer to Europe.