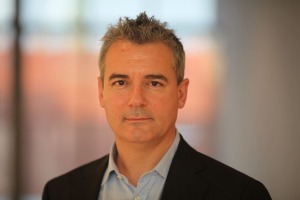 Ilija Trojanow was born in 1965 in Sofia, Bulgaria. In 1971, his family sought political asylum in Germany, and moved to Kenya a year later. With a three-year break, Trojanow lived in Nairobi up until 1984, when he returned to Europe to study law and ethnology in Munich; however, he quit his studies and turned to publishing. In 1989, he established Marino publishing house, specialized in publishing the African literature that he was translating. In this period he started travelling a lot, first in Africa, then in Asia, mostly India. He walked the distance from the source to the outlet of the Ganges river, he took part in Hajj (the Islamic pilgrimage to Mecca and Medina), and he travelled on foot in Tanzania, following the paths of the eccentric English explorer and orientalist Sir Richard Francis Burton. Trojanow most successful work, the novel Der Weltensammler (2006, The Collector of Worlds) is loosely based on his life.
His travelling is accompanied by writing, be it fiction, reportages, or essays, which he publishes in various newspapers and other periodicals. When not travelling, which is rare, he lives in Vienna, and is always a passionate reader. Sometimes he sets himself more peculiar goals; during the 2012 Summer Olympics, he decided to train all of the 80 Olympic disciplines and was at least half as good as the winners in London. He described his experience of crossing limits, of one’s relation to the body and mind, as well as to aging, in his work Meine Olympiade. Ein Amateur,­ vier Jahre, 80 Disziplinen (2016, My Olympics. An Amateur, Four Years, 80 Disciplines).
So far he has published 17 books and received many awards for them, among others, the Leipzig Book Fair Prize for The Collector of Worlds (2006) and the Heinrich-Böll-Preis in 2017. He is also a member of the German PEN Committee. His works have been translated into 30 languages, and three of his works have been published in Slovene as well: the collection of essays Der überflüssige Mensch (2013; in Slovene Odvečni človek, translated by Ana Jasmina Oseban, 2014), and the novels The Collector of Worlds (2015) and EisTau (2011; in Slovene Tajanje, translated by Mojca Kranjc, 2013). As readers, we travel in EisTau as well, this time to the Antarctic that we experience through the journal of a glaciologist. His latest work, Nach der Flucht (2017, After After Fleeing), focuses on the life of refugees after they have fled, on the life-long complexities, challenges and chances.
It is also important to mention his first novel, Die Welt ist groß und Rettung lauert überall (1996, The World is Big and Salvation Lurks Around the Corner), the central theme of which is also a family escape from Bulgaria. Bulgarian film director Stefan Komandarev adapted the novel into a successful film of the same name in 2008, and Slovenia also took part in the production of the film.
Trojanow, a man torn between different languages and cultures since his childhood, is constantly trying to improve Europe’s attitudes towards the rest of the world, especially towards Africa and Asia. He believes that Europe and its attitudes have not changed much through history – Europe remains arrogant and unable to comprehend otherness. He is a fierce critic of contemporary capitalism and the increasing state control in the name of the fight against terrorism. Since he publicly criticized American espionage and wiretapping in Europe and elsewhere (both revealed by Edward Snowden) and was the initiator of the world petition Writers Against Mass Surveillance, signed by approximately 600 authors from 80 countries, Slovenia included, in 2013 he was denied entry into the United States. He is also very engaged in helping writers in exile. Ilija Trojanow is an eternal traveler and because of that maybe even the freest man in the world.