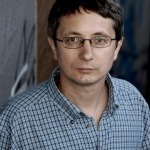 Ivan Dobnik was born in 1960 in Celje, Slovenia, and today lives and works in Šmatevž in the Savinja Valley and in Ljubljana.He studied philosophy and comparative literature at the Faculty of Arts at the University of Ljubljana. He is a poet, author, translator, essayist, critic, as well as the initiator and editor of the Poetikon literary journal.He translates mainly from French (Michaux, Bonnefoy, Jacottet, Camus). He has published the following volumes of poetry: Osvobajanje (Liberation, 1980), Kaligrafija lire (The Calligraphy of The Lyre, 1999), Zapreš svoje oči (You Close Your Eyes, 2003), which was nominated for the “Veronika” poetry award (2004);Rhapsodie dans un hiver froide / Rapsodija v mrzli zimi (Rhapsody in Cold Winter, 2006), which was published in French and Slovene; Zapisi z drevesnih lističev (Notes from the Leaves of Trees, 2006), Stimmen slowenischer Lyrik / Glasovi slovenske poezije 1 (Voices of Slovene Poetry 1, 2007), which was published in German and Slovene in collaboration with Andrej Medved and Miklavž Komelj, Svetilnik (Lighthouse, 2008), Bela pesem (The White Poem, 2009), SloveneVoices of Slovene Poetry 3 / Glasovi slovenske poezije 3 (2010), which was published in English and Slovene in collaboration with Zoran Pevec and Miriam Drev, and Pred začetkom (Before the Beginning, 2010). His poetry has been translated into many foreign languages. Foto © Sandi Radovan

Stanka Hrastelj was born in 1975 in Brežice, Slovenia. Today she lives and works in Krško. She studied 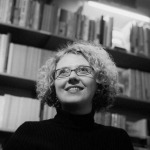 Theology at the University of Ljubljana. She is a poet, translator of poetry from Croatian and Serbian, editor, and moderator of literary events. She also acts as a selector and mentor at literary events and workshops. In 2001, she was named the best young Slovenian poet at the Urška Festival of Young Literature. She has published two collections of poetry, namely Nizki toni (Low Tones, 2005), for which she received the 21st Slovenian Book Fair Award for the best debut book; and Gospod, nekaj imamo za vas (Sir, We Have Got Something For You, 2009), which made the short list of candidates for the Jenko Prize for the best book of poetry. In 2007, she was honoured with the title “Knight of Poetry” at the poetry tournament of the Slovenian Book Days in Maribor.  Her poetry has been translated into several languages and is also featured in numerous anthologies, both domestic and foreign. Foto © Boštjan Pucelj 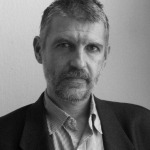 Gorazd Kocijančič was born in 1964 in Ljubljana, Slovenia.  He is a philosopher, essayist, poet, editor, and translator who participated in the last translation of the Bible into Slovene (1996) and is also renowned for translating the complete works of Plato (Corpus Platonicum, 2004) into Slovene, for which he won the “Sovre Award” for extraordinary accomplishments in translation. His literary works include three volumes of poetry: Tvoja imena (Your Names, 2000), Trideset stopnic in naju ni (Thirty Steps and We’re Gone, 2005) and Certamen spirituale (2008), and also several collections of essays, such as Posredovanja (Mediations, 1996), Tistim zunaj: Eksoterični zapisi 1990-2003 (To the Ones Outside: Exoteric Transcripts 1990-2003, 2004), for which he won the “Rožanc Award” for the best book of essays (2004); and Razbitje. Sedem radikalnih esejev (Breaking. Seven Radical Essays, 2009), the first, ontological part working of his own philosophical system-in-development. His works have been translated into Czech, English, Italian, Russian, and Serbian. 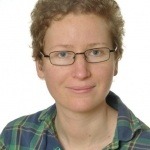 Vesna Lemaić was born in 1981 in Ljubljana, Slovenia.Two years ago, she founded the AnonymousReaders reading circle. She devotes her free time to the Metelkova mesto Autonomous Cultural Zone Club, and hosts a youth workshop on creative “trash” writing each year.As an author, she called attention to her literary efforts in the broad sense with her book Popularne zgodbe (Popular Stories, 2008), a collection of short stories for which she received three awards:the Golden Bird Award (2009), the Slovenian Book Fair Award for best debut book (2009), and the Fabula Award (2010).She was also honoured with the Radio Slovenia Award (2009) for the short story Nič ni, nič ni(It’s Nothing, It&39;s Nothing), and the Lapis Histriae Award (2009) for the short story Odlagališče (Dumping Ground).As awards go, the author is of the opinion that they are, among other things, suitable for filling voids in biographies.Her works also include the novel of the same title as her award-winning short story –Odlagališče (Dumping Ground, 2010) and the audio play Podpotnik (Sub-Passenger, 2010), which she had written for Radio Slovenia. 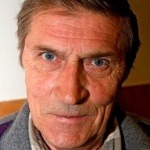 Aleksander Peršolja was born in 1944 in Neblo in the Brda Region of Slovenia.Today he lives and works in Križ, near Sežana.He is a poet and author of dramatic adaptations of poetry by Srečko Kosovel. As a teacher, he initially taught in Dornberk and after that in Dutovlje. For a couple of years he acted as secretary of the Primorje Drama Theatre Nova Gorica and later on began to organize cultural events around the Karst Region, while also acting as the artistic head of the Kosovel Culture House in Sežana. He began to publish his work in the Perspektive magazine in 1960s, and since that time we can find his texts in the majority of the Slovenian literary magazines as well as in numerous anthologies.The most important among his ten collections of poetry are Čež noč (Over Night, 1971), Nad poljem je mrak (Twighlight Fell over the Field, 1974), Sanjsko mesto (Dream City, 1988), Ob robu svetlobe (At the Edge of Light, 2002), Potovanje sonca (Journey of the Sun, 2007) and Proti robu(Toward the Edge, 2011), his latest book of poetry, which also includes images of paintings by Silvester Komel.His poems have been translated into Albanian, Croatian, Czech, English, German, Italian, Serbian, and Spanish. Foto © Bogdan Macarol