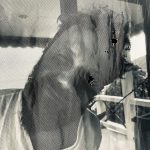 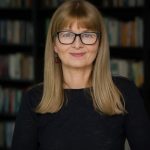 Mary Costello first taught for several years and then devoted herself to writing. Her collection of short stories The China Factory (2012) was nominated for the Guardian First Book Award and was shortlisted for the Irish Literary Award. For her first novel, Academy Street (2014), she received the Irish Novel of the Year Award. In the novel The River Capture (2019), which was shortlisted for the Irish Literary Prize, she deals with James Joyce and his writing of the novel Ulysses. 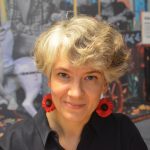 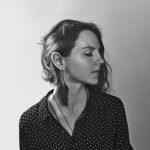 (1982), writer, poet, translator, linguist. She is engaged in research in the fields of comparative linguistics, philosophy of language, sociology of the body and gender studies in culture and literature. She has participated in numerous literary festivals and meetings and received several international scholarships. She has published several books of poetry and prose, e.g., Рэканструкцыя неба (2003; Reconstruction of the Sky), Прысак і пожня (2013; Ash and Stubble), Граматыка снегу (2017; Grammar of Snow), and Чорныя макі (2019; Black Poppies). 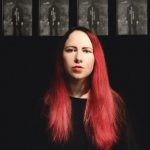 (1987), a poet. To date, she has published four collections: Pirmoji lietuviška knyga (2007; The First Lithuanian Book), 20 % koncentracijos stovykla (2009; 20% Concentration Camp), Mėnulis yra tabletė (2014; The Moon Is a Pill) and esu aptrupėjusios sienos (2016; I’m a Broken Wall). The book The Moon Is a Pill was also published in English translation (2018) and was ranked among the top five works of Baltic literature. Her poems have also been translated into Russian, French, Polish and Latvian and other languages 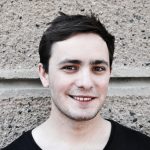 Myroslav Laiuk (1990), poet and writer, doctor of philosophy and literature. He was the author of literary radio programmes, video podcasts, and also hosts the show “Time of Poetry” on Ukrainian television. His most important works published so far are the poetry collections Cамому стати світом (2008, Become a World to Yourself), Osote! (2013; Sow Thistle!), Метрофобія (2015; Metrophoby) and Троянда (2019; Rose), the novels Баборня (2016; Babornya) and Світ не созданий (2018; The World is Not Real) and the children’s picture book Заврик і его молодший брат (2019; Zaver and his younger brother). 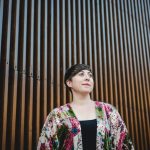 Elena Medel (1985), poet, founder and director of the poetry publishing house La Bella Varsovia. In 2015, she published her three poetry collections in the book Un día negro en una casa de mentira (Black Day in the House of Lies): Mi primer bikini (2001; My First Bikini), Tara (2006) and Chatterton (2014). For her debut, which was later also published in English, she received the Young Andalusia Award at the age of 16. She has also published two books of essays and the novel Las maravillas (2020; Miracles). She has received numerous awards, including the Loewe Award for Young Poets and the Princess Girona Foundation Award for Arts (2016).

Ragnar Helgi Ólafsson (1971) studied philosophy at the University of Iceland and contemporary art at the École supérieure d’art in Aix-en-Provence. He later studied film directing and directed several short films. In recent years, he has published two collections of poetry and the collection of short prose and memoirs Bókasafn föður míns (2018; My Father’s Library), about the period after his father’s death when he had to review 4,000 books in his library and decide what to keep and what to discard. A moving reflection on the changing role of books in contemporary society, My Father’s Library was nominated for an Icelandic Literary Prize. 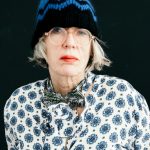 Kristín Ómarsdóttir (1962) is a novelist, playwright, artist and poet. The predominant themes in her works are women’s rights, lesbian and gay love, the homeless, and other groups on the periphery of civil society. Ómarsdóttir has been nominated several times for the Icelandic Literary Prize and twice for the Nordic Council Literary Prize, also in 2019 for the collection Kóngulær í sýningargluggum (Spiders in a Showcase), from which the poems in this anthology originate. In 2009, she received the fjöruverðlaunin literary award for female authors for her collection of poetry Sjáðu fegurð þína (See Her Beauty). 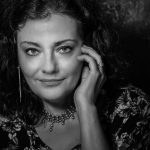 Bergþóra Snæbjörnsdóttir (1985) began her writing career as a poet. She received the Icelandic Literary Prize for her second collection, Flórída. Last year, she published Svínshöfuð (Pig’s Head), which, despite its relentlessness and brutality (or just because of it), became one of the most acclaimed and popular novels of the year. She is currently one of the most promising young Icelandic authors.

Marek Šindelka (1984), poet and writer, culturologist and screenwriter. To date he has published three collections of short prose, Strychnin a jiné básně (2005; Strychnine and other stories) [Jiří Ortn Award], Zůstaňte s námi (2011; Stay Tuned) and Mapa Anny (2014; Map of Anna), and the novels Chyba (2008; Aberrant) and Únava materiálu (2016; Material Fatigue), in which he discusses the current European migrant crisis. He received the Magnesia Litera award for the latter (in 2017) and for the collection Stay Tuned (2012).